Let’s talk about Ed Westwicks free time from filming. Ed definitely is more than a TV star, he has many other interests. We already know that Ed is always up for grabbing a mike and singing some great songs, but other than that Ed Westiwick loves football. As a real English man Ed Westwick supports Chelsea soccer team, and he is friends with football player Charlie Henry. 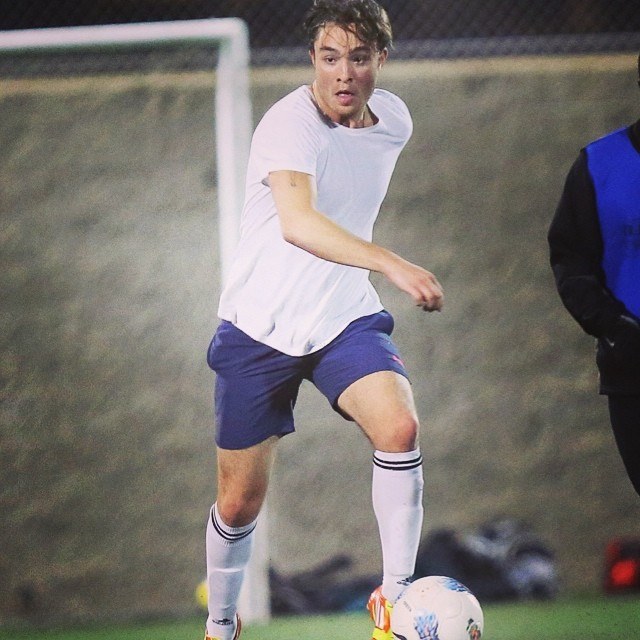 Ed westwick in one of his interview said that he often gets mistaken for Robbert Pattinson. Ed westwick and Robert Pattinson appears to be great friends too. Indeed you could easily say that they look like brothers, with the same face structure, three days old beard and medium long brown hair. Ed Weswick say that when he gets mistaken for Robert Pattinson , which happens to be a lot, he thinks of it as bizarre and hilarious thing, because he knows, that Robert wants to be famous only of his works, not his looks. In one interview Ed said, that if he would want to play in Twilight saga, he would definitely portray Rob’s characters brother. And what about Kristen Stewart? Ed thinks that she is great and beautiful, but she is not his Blair or Vanessa.

Other than Pattison, Ed westwick is great friends with his co-star Chace Crawford, and also with TV series Glee star Mark Salling. Maybe they have some rocky Puck and Chuck duet coming on soon?

Other Ed westwick’s passions are also very manly, that is tattoos, and cars. He owns plenty of both of those things. Ed in one of his FB post, said that he loves his cars, well it is easy to say, when you are test driving a new Jaguar. Talking about Ed Weswick’s tattoos, well he has a few, which are naked lady on upper right arm; “Heartbreak Hotel” on his chest; “I Heart Romance” on his forearm; “You Make Me Feel Like the One” on his shoulder and “21G” (short for 21 grams) below left shoulder. Ed Westwick says that he plans to get more tattoos, because they are addictive. However, there is one lady, which is his mom, that hates one Ed Westwick’s tattoo, which is on his upper right arm, , but other than that she is proud of her son. 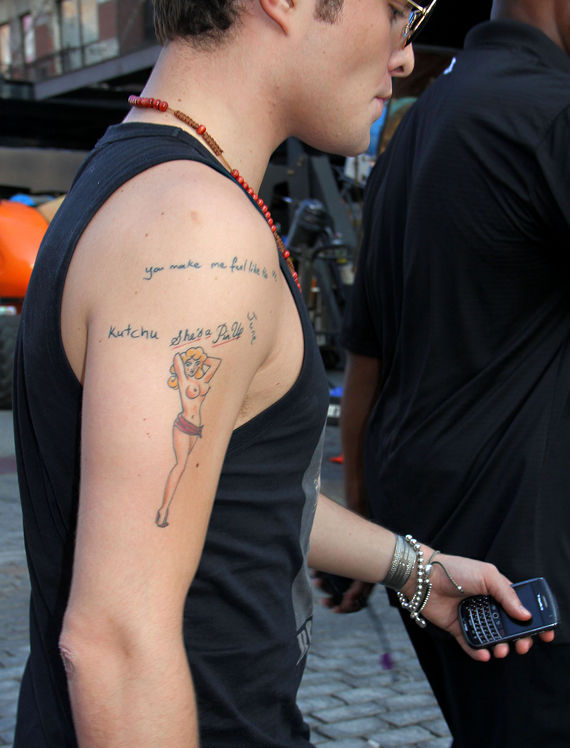 There are some other interesting facts about this TV star. Well, just to start with Ed Westwick smokes, and that makes him look even more smoking hot. He doesn’t have a wallet. Ed Westwick’s worst habit is biting his nails, and also he considers himself as a very band person, but just in the mornings, as he is usually peevish after a nap. Ed Westwick also says, that there was the time when he haven’t got out for shopping for some years, because they have been sending some free stuff to his apartment. He also says that he used only Chuck Bass’s suits from the set, but he wouldn’t wear entirely all the clothes from Chuck’s closet. Ed also stated that his English accent still surprises people, when they meet him in real life. That is true, he is sexy enough, but with that British accent of his, I think he is simply irresistible. Ed Westwick is not a fan of fast food restaurants, he had his first kiss when he was six, and his dream work would be… a landscape gardening, oh how British of him! 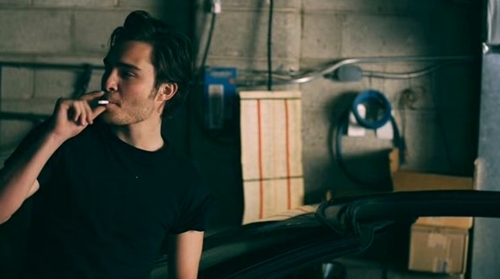